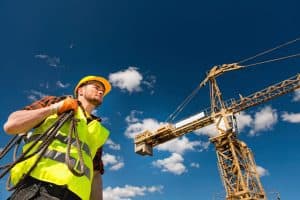 Technically speaking, the human brain might be the most complex machine to ever grace the earth.

From it have come all other machines that we use in our day-to-day lives, from small laptops to the several-stories-tall cranes that help create our homes, business spaces, and infrastructure.

Companies such as Stromag, Sumitomo, Marland, and SEW Eurodrive provide parts for making cranes and other heavy-duty machinery that we use for building.

But as is the case with most areas of innovation, dealing with heavy-duty machinery comes with particular risks.

Those risks can be life-threatening.

Why are cranes so dangerous?

For starters, cranes are big and bulky. Plus, they can hold tons suspended in the air.

Most of the time they’re fine.  One of the times they’re not fine is when the wind blows hard.

As you can imagine, strong wind gusts can jostle a crane’s load, which, as said before, can weigh tons.

Imagine tons of metal and other material swinging about in the air above your head.

Then there’s the presence of snow to consider–snow that compacts and makes operating any machinery in it hazardous.

Tight corners sharpen wind gusts, which can complicate the problem even further.

In fact, recent statistics show that as many as 90 crane-related deaths occur each year.

In addition to their size, their increasing complication has become a problem.

Like every machine, small or heavy, cranes started out relatively simple and with one task to accomplish.

Over time, the demand from the machine has grown. Thus, features were added, and the overall machine became more complicated to use.

Additionally, there’s no evidence that suggests older machines are more likely to malfunction or collapse, so both older and newer cranes need an equal amount of attention and maintenance.

There is also a general reluctance to bring down a crane even when the weather shows signs of erupting into a wind storm.

That’s because bringing down a crane means lost time and resources.

On top of that, the ground needs to be okayed for laying stuff–literal tons of stuff–down on.

What can be done to improve crane safety?

Some areas are already taking measures to better crane safety.

For example, at some state and city levels, it is a requirement to have a license and/or insurance to even operate a crane.

Another source for recognizing crane safety is workshops.

These workshops discuss the need for safety and the measures that can be taken to implement it.

Another measure you can take is inspecting your equipment.

It is best to inspect your crane routinely and/or if you’re experiencing any sort of trouble with it. Small problems more often than not lead to big problems when left unaddressed.

A thorough inspection will cover all components of the machine, including its switches, alarms, brakes, gears, clutches, electrical devices, and other heavy industry parts.

Follow these simple steps, and you’ll be well on your way to ensuring the safety of others, of yourself, and of your equipment.

Search for a Part

Kor-Pak manufactures and supplies both OEM and Aftermarket parts for Freight and Passenger Cars.

With a diverse portfolio of products, let Kor-Pak help you strategically source hard-to-find parts for your rail application